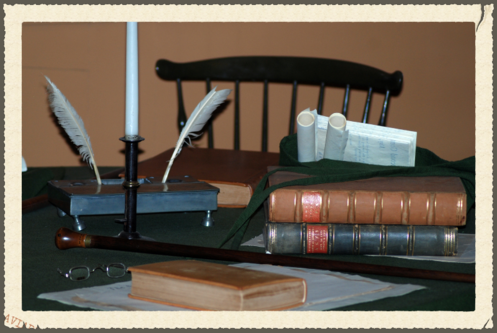 Statute of Limitations on Criminal Charges

Often, I get asked by friends or family about why I do criminal defense. Answering the question of, “Why do we have a statute of limitations on criminal charges against someone who did a crime?” will partially answer why criminal defense is needed. The following is how I would answer this question if you asked it.

A statute of limitations for crimes goes to the root of why the United States of America was founded. Kings of the past were in ultimate control of law, and thus, were not subject to limits. In contrast, a statute of “limit”ation on charging a crime against a person is a law that keep government in check, to make sure the kingly ways of the past stay dead. Remember, our government is for the People, not the other way around. Kings had reputations for behaving like their subjects were there for the king, not the king being there to serve the people. As to crimes, a king could just hold someone indefinitely for an alleged crime or bring any claim against someone any time. There has to be limits on government action. Being charged with a crime is a government action.

The next thing you may think is, “But, we shouldn’t let people get away with crimes.” In response, remember, lest we forget, that we are all innocent until proven guilty, even someone you believe committed a crime. If not this way, then would we all be guilty until proven innocent? Put yourself in the shoes of an accused. Would you want the government to be able to indefinitely treat you like a criminal without ever being charged formally with a crime? Or, if you had evidence proving your innocence, wouldn’t you want the government to prosecute you right away so that you could show the world you were innocent. Imagine if they did not prosecute for years, and in the meantime, the newspapers in your community continued to write articles about the horrible crime assuming it was you as the “suspected” perpetrator. (As if the media using the word “suspected” ever stopped anyone from thinking they were guilty. Shame on us for ignoring our Constitution.)

Here is another example. What if someone accused you of a crime that you did not commit but you had a witness that would surely secure your innocence? However, after time passed, the person that you would have called to testify to support your alibi had since died. Now that your witness died, the prosecutor (the government) decides it is a good time to bring charges against you since they can win their case easier. Now that time has passed, you do not have much of a defense without your witness present to testify in your favor. If there was a limit on when the prosecutor could bring charges, this situation could not happen. Thus, that is why we have statutes of limitations on criminal charges...

...And, that is why we have criminal defense attorneys, such as David Dastrup, and why you need the best defense attorney help you protect your Constitutional rights, in Orange County. Yes, it comes down to what happens today, on current cases right now, even for traffic tickets or driving on a suspended license, and DUI charges. All of these cases trigger constitutional rights. The laws of our land protect you. You must exercise your rights and be heard in traffic court or criminal court, whether in Torrance or Long Beach, in Los Angeles Superior Court.