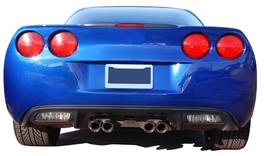 Speed Contest, a.k.a., Fast and Furious

Looking back on a variety of speed contest criminal cases we have handled in Orange County and Los Angeles County, Superior Court of California, it is interesting to note the various situations that this Vehicle Code violation arises.

Here is the most compelling example of a client that lawyer David Dastrup represented at the West Justice Center in Westminster. Our client was playing soccer at a neighborhood park with family and friends all watching. His brother was also on the team. When the game was done, and everyone was leaving, our client and his brother, in fun, relatively innocently, raced out of the parking lot. Unfortunately, the brother’s car hit a curbside planter causing it to flip over. The brother died.

This was a devastating accident with family and friends watching. It was not planned like in the fast and furious. And the onlookers weren’t looking for a race. Regardless, there were two drivers racing cars against one another. Here they were simply trying to beat each other out of the parking lot.

Fortunately, for the surviving brother, we secured a resolution of the criminal misdemeanor speed contest without any jail or probation, and no fines, but instead with a full dismissal. Yes, a dismissal. We used the facts about how devastating this situation was based on what started out as a relatively innocent exit from a soccer game with family. (However, our client was too devastated to ultimately face the situation and never returned to court with us. We assume he thought the resolution we got for him was too good to be true. Although it was a true, a dismissal of a speed contest with a fatality. Instead, the court issued a warrant for failure to appear in court.)

Another case involved pure racing, two cars pushing the limits in a factory warehouse part of town. The speed contest misdemeanor was filed at Bellflower Courthouse in Los Angeles County, Superior Court of California. The L.A. Sheriff cited our client, but did not arrest him. So, the misdemeanor was charged on a regular traffic ticket—not uncommon. Nevertheless, it was still a speed contest, punishable with up to 90 days in jail and high fines, 40 hours of mandatory community service, license suspension and subject to 2 negligent operator points for 7 years.

Our attorney had this case dismissed with a diversion/conditional plea with minimal consequences, meaning no criminal conviction, no points, and the case was fully dismissed.

More stories of our past cases to be posted soon….